Art and Culture in Andorra 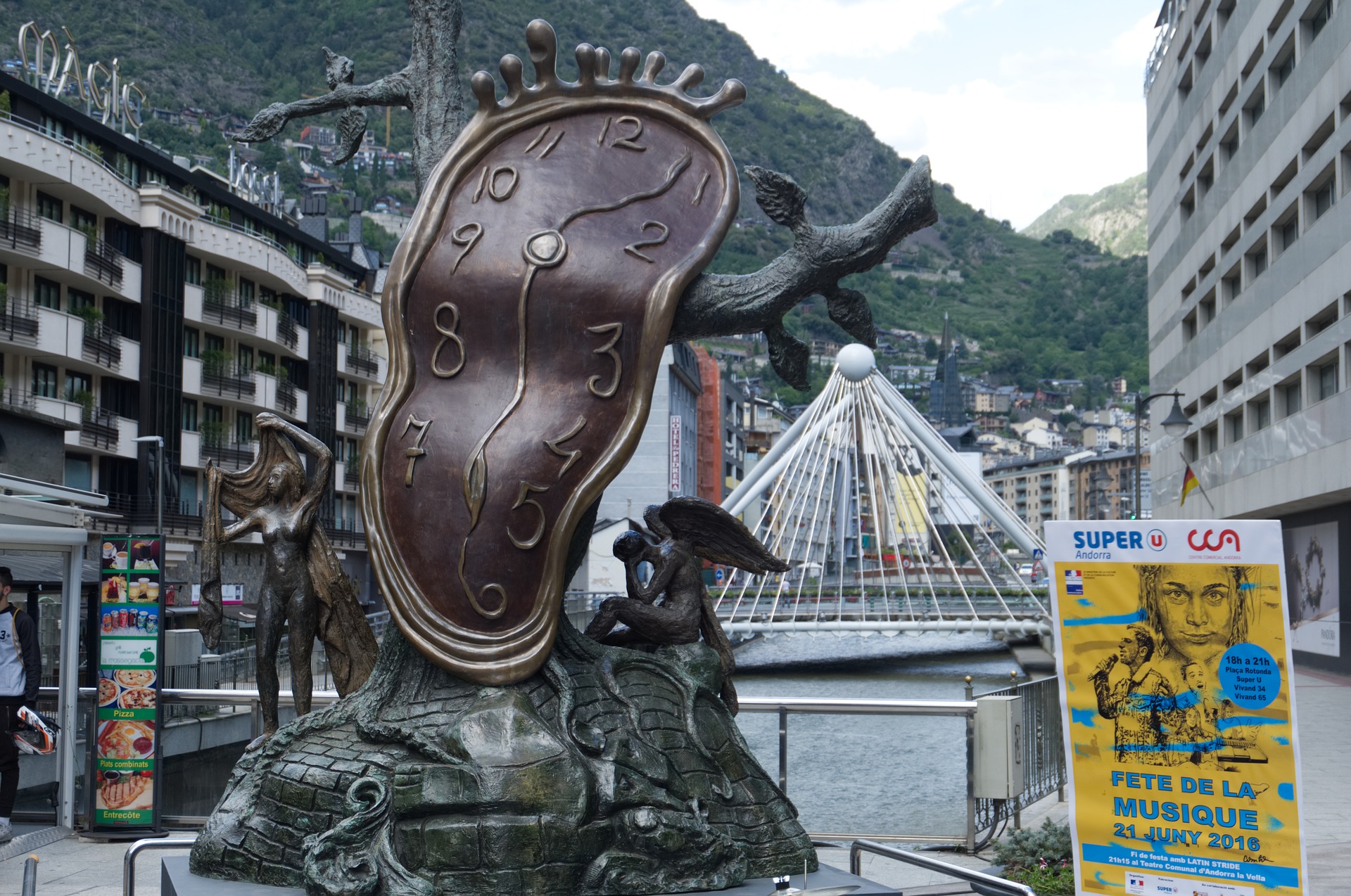 Art and Culture in Andorra

Where are we in the world, how can we orientate ourselves? Let us go to Andorra through The Pyrenees Mountains Map and Details.

About the country;
Andorra is a country that not many know about, leave aside the qualities and the unique skills and vocations that may be found here. It is a small country located in Southwest Europe. The Principality of Andorra lies in the eastern region of the Pyrenees mountains. This country is landlocked, and it shares its borders with France and Spain. The growth rate of the country is less than one percent and population is around ninety thousand only. Let´s take a look at History of Andorra:

Many people come to visit the capital of Andorra, Andorra La Vella. This capital city is in the southwest region of the country and it has the highest elevation compared to other capital cities across Europe. The city of Andorra traces its formation to the late Neolithic era when the Andosin tribe ruled this region. This city has a thriving cultural center and attracts tourists from all over Europe and other continents. Being in mountainous and landlocked region, the climate of the region is cool and more if a hilly climate.

Snow falls occur in winter while summers are cool and pleasant.  Its culture and heritage There are much talk about the fine art in Andorra. Indeed, the cultural centers like museums and galleries located in the capital city boasts of the rich cultural heritage and artistic skills of the people.  Works of many local artists are being showcased in the neighboring countries and hence, much interest is being generated about this country and its culture. The culture of Andorra is Catalan in essence.

The population in this country follow the language and social customs of Catalan. There is much emphasis of art and humanities subjects and their creative pursuits. There are many conservatories to be found of music as well as art schools across the nation.

The artistic influences
The country is known to exemplify the Catalan culture. The culture has evolved after absorbing different influences and tolerance of different values. Today, there is much creativity and innovative flair witnessed in the fine art in Andorra. The thought trends and art in this country have influences of the geographic location in Europe, open to the Mediterranean and the European countries like Spain and France.

Is it specific or general for different cultures with street art? The Telegraph wrote 2019,  about: "12 Things no one tells you before you become a street artist, Poor health, disappearing artwork, and countless cases of mistaken identity: Charles Uzzell-Edwards - AKA Pure Evil - describes the life of the street artist".

Today, fine art in Andorra is in demand and gaining the attention of the world. There are distinct influences of the Latin culture, Muslim as well as Jewish influences in their works of literature and art. The upcoming art exhibition 2013 Venice Biennale is an anticipated event among cultural communities across Europe. Here the country made its first debut in 2011. This year will mark the second exhibition of the fine art and artistic skills in Andorra.

The collective wok of three different artists would be displayed here. The art piece called Tempus Fugit, Latin expression for “Time Flies” sets the theme for the kind of work being pursued by these artists. While paintings of the countryside and hand painted landscapes are sold online, finer exhibitions of the artistic skills are exhibited and portrayed in different artistic exhibitions, galleries and museums in different countries of Europe.

Art in International Relations
"Art can leave an impact on international politics by offering inspiration and perspective to relations between peoples of different nations and life experiences. It can furthermore “re-enchant” the world as humanity faces many critical challenges, such as threats to peace and security; widespread and massive violations of political, civil, social, and cultural rights; and the deterioration of the biosphere.
The most direct and easily perceptible contribution of art to international relations is of an instrumental nature, where art is deliberately used to obtain certain objectives such as awakening a sense of patriotism, or stirring people’s emotions to take action against a perceived problem. Art also has an extrinsic value in international relations, where the knowledge, ideas, inspirations, and sympathies of international political relevance that can be derived from a work of art by the discerning reader, listener, or observer." (Oxford Research, International Studies, 2019).

Art and Culture in Andorra
What is the culture of Andorra? Andorra sixth smallest country in Europe sandwiched between Spain and France, what does she have to offer? Known for mountainous landscape and tax-free market, tourists from neighboring countries flock into the country. Is this the only reasons to travel to this beautiful land? Arts and culture in Andorra have a great deal to offer.

What about the climate change in Andorra?
How does the andorians handle this increasingly pressing issue? Naomi Klein, Humans and Nature.org invites us under the heading: Ecological Indifference  Thinking About Agency In The Face Of Ecological Crisis: "Naomi Klein contends that “climate change has become an existential crisis for the human species.” She is not alone in this view. A growing literature from many disciplines now views our ecological crisis not just as an “environmental issue,” but as a symptom of deep failures in our ways of thinking and being. The philosopher Timothy Morton calls it “a crisis for our philosophical habits of thought, [which confronts] us with a problem that seems to defy not only our control but also our understanding.”(Humans and Nature.org, 2019).

The culture in Andorra is mainly Catalan, but with a diversification that distinct it from the neighboring Catalan culture. The language of Andorra is Catalan, with Spanish and France being the other widely spoken languages. The Andorra Catalan has an accent that distinct it from the Spanish Catalan.  The culture of Andorra is clearly exhibited during the festivals. They love fetes and popular traditions. During these occasions local folk dances are played. Contrapas and marratxa are the most popular dancing style.

The dancers dressed in traditional clothes on the streets entertain the guests with the local crowd cheering and dancing along. Most of their festivals coincide with religious ceremonies. The St. George’s day is the day when books and roses are given; the summer solstice people’s fete as also St. John’s day; St. Lucy’s fair is the day the Christmas cribs figures and elements traditionally made and other Christmas products are on offer, just to mention few examples.

The orthodox Christian denomination is the dominant religion. The churches have a history to tell on their own. With about 55 ancient churches, the small region offers the best cluster of architectural designs. The churches designed several centuries back with a lot art and inscriptions, they are must see sites. St Joan de Caselles commonly known as Canillo is a 11th and 12th century Romanesque chapel. It has Christ in Majesty, a 12th century art and retable of 16th century. Encamp or St Roma de les Bons church is a mediaeval complex that is well kept and preserved.

As part of human activity Cultural Heritage produces tangible representations of the value systems, beliefs, traditions and lifestyles. As an essential part of culture as a whole, Cultural Heritage, contains these visible and tangible traces form antiquity to the recent past." (Culture in Development, 2019).
Below you will find a video from the UN - UNESCO. Welcome to look at their perspective of heritage and development.

Remains of dovecots and fortification are seen in Les Bons village part of the complex. The 12th century Romanesque murals and baroque retable make St Marti at La Cortinada or Ordina, a house full of treasure. Imagine 11th century murals in church on a rock! That is what St Miquel d’Engolasters or Escaldes-engordfany offers to its visitors. The churches are super rich with arts of the past. Each church has its own history to tell. These churches of Andorra are still used today hence, while visiting do not offend the congregation by reading things aloud, walking too much around, using flash while taking photos and other thing that would distract during service.

Fine Art
Your Dose of News

Fine Art is more than
Fine Art
- a daily sign and confirmation.
Perhaps the yet to be discovered door to the
epic landscape of civilization

Saudi Arabia's changing cultural landscape
Telegraph.co.uk
Art supports economic development as well, and not just because it attracts tourism. Education, especially at the primary level, needs to include arts ...

'Artivist' Nikkolas Smith Combines Art And Activism Into A Singular Superpower
NPR
Nikkolas Smith calls himself an "artivist": an artist and an activist. For the past seven years, the Los Angeles-based concept artist has celebrated and ...

Art World Wunderkind Arrested Months After Fleeing the US
The New York Times
The spectacular rise and fall of Inigo Philbrick, a 33-year-old art dealer whose reported sales in one year exceeded $100 million, ended on a Pacific ...

Art and activism to beat COVID-19
The Daily Star
Samdani Art Foundation (SAF) is a private arts trust based in Dhaka, ... art across Bangladesh and increase international exposure for the country's ...

Dorothea Lange Points the Way for Today's Activist Image Makers
Fine Art Globe
Case in point: The Museum of Modern Art's Dorothea Lange: Words & Pictures exhibit, which opened on February 9, was set to close on May 9. As of this ...

Gallery Marks 20 Years in Ceramics and Fine Art Sales on LBI
The SandPaper
Over the years, Burton has added contemporary fine art painting and sculpture to meet the demands of his Long Beach Island clients. “People were ...