Art and Culture in Botswana 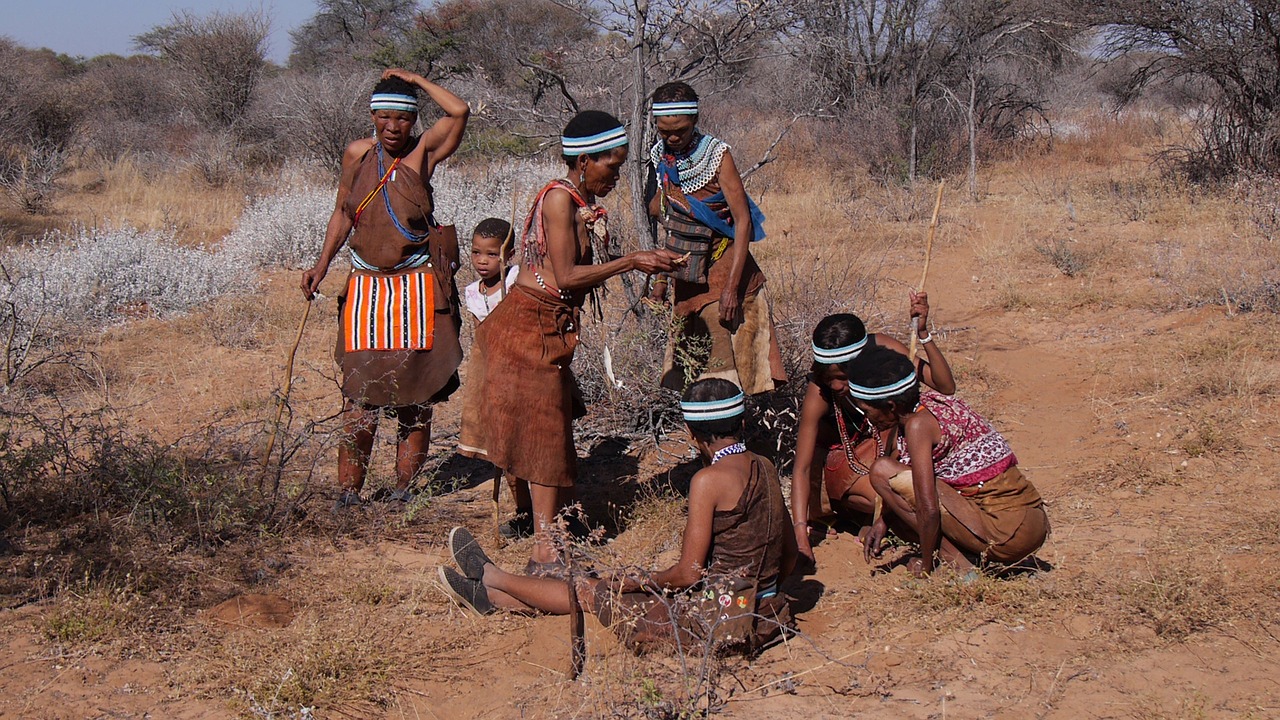 Art and Culture in Botswana

The "Art and Culture in Botswana" comprises a reach custom of art and music. The city life of Botswana shows its openness to embrace the foreign traditions. The civilization of Botswana has been friendly with foreigners.

Discover something about the San Bushmen and Khoi people of Botswana. We also give a brief overview of the rock paintings of Botswana's Tsodilo Hills, and compare this art with rock engravings at Twyfelfontein, Namibia.

Botswana Ethnic Groups
The Ethnic groups demonstrate the diversity of tribal groups in the Africa nation of Botswana. The various ethnic groups involve, Basarwa, Tswana, Kgalagadi and Kalanga. Of all these, Tswana is the most popular and significant one. In addition to that, it is the biggest of all ethnic groups. Tswana comprises 79% of the entire populace and is scattered among eight tribes. Kalanga follows it with 11% of the population. The Basarwa ethnic group consists of 3% of the total populace. The Kgalagadi ethic group has negligible share in Botswana population. Besides these, there are few distributed small ethnic groups of Khoisan folks, who inhabit southwestern regions of Botswana. These groups of Botswana speak languages such as San, Khwe and Khoe.

Tswana People are found in Botswana, South Africa and minorities in Namibia and Zimbabwe.

Botswana Religion
Botswana is mainly a Christian Nation. Over 60% of the population practices this religion. David Livingstone was a champion in changing the religion of Botswana to Christianity. The Botswana basilicas, which are registered by the government, populated with Methodists, Anglican, Catholic Lutheran and Zion Christian Church. Only the Christian holidays are recognized as holidays. Muslim groups consist of around 23,000 people.

Botswana is made up of numerous ethnic groups, though the Batswana are the most numerous. Music is an omnipresent part of Botswana culture, and include popular and folk forms. Church choirs are common across the country. Music education is an integral part of the educational system. Children of all ages are taught traditional songs and dances.

Botswana Art
The "Art and Culture in Botswana" has exposed marks of superiority since the Stone Age. Around Kalahari Desert, you can survey the painting by Khoisan neighborhoods that are old as twenty thousand years. The community depended mainly on hunting and their art shows that effort and action. The info that marks their arty works is humans, animals and hunting weapons figures. This custom of Botswana continues until presently, but numerous modern features have been adopted. The sculptors and artists of Botswana have set up their control over the art of sculpture and painting throughout the years.

Botswana Music
Music is the integral feature of the culture of Botswana. Their music is everywhere in all variety of culture across the nation. Of all the other forms the country Music, the church choirs are the mainly plenty all over the country. The gumba-gumba is essentially a contemporary form of Tswana and Zulu music, which is merged with traditional jazz music. Various bands popularize hip Hop music in Botswana. The Wizards, who amalgamated it with RandB and raga, are doing their best to popularize this type of Botswana Music. There are also many different forms of folk music such as Borankana, Huru, Mokomoto, Chesa, Phathisi, Selete, Tsutsube, Setapa and Ndazola, which largely eliminates the use of drums but widely employ different string instruments. Modern music of Botswana includes Kwasa Kwasa, which is an African version of Rumba.

Botswana Festivals
The dynamism, pomp and show with, which the event of Botswana is renowned is highly appreciated by the visitors and the native citizens. During the season of festival, people forget every sorrow they may have and participate in flow of happiness with no discrimination based on color, sex, creed, and caste. The Maitisong Festival is the greatest significant festivals celebrated in the country.

Botswana Food
There is exceptionally is the food cooking of the Botswana citizens. The most dishes that form staple diet include sorghum and millet porridge. Typically, non-vegetarian dishes are favored on the dining tables in the country. Beef and mutton such as Oxtail and Seswaa or Chotlho are the most broadly consumed meet form in Botswana. Excluding those, lamp and chicken are similarly obtainable in plenty. Fresh fish caught from rivers is also quiet famous in the country and forms an important part of Botswana cookery.

Arts and Culture in Botswana
News

Bots turns to creativity and culture to boost GDP
The Southern Times...
Day competitions that are held across the country which are aimed at preserving and promoting Botswana's culture and unearthing artistic talent.

Keeping up with Gabs intricate life after Mister Gaborone supremacy…WeekendPost (press release)
Molatedi is a National Director at Africa Pageantry Networks, intended to re-branding arts and culture in Botswana. ''We build unity among Africans in ...