Art and Culture in Europe - part 8 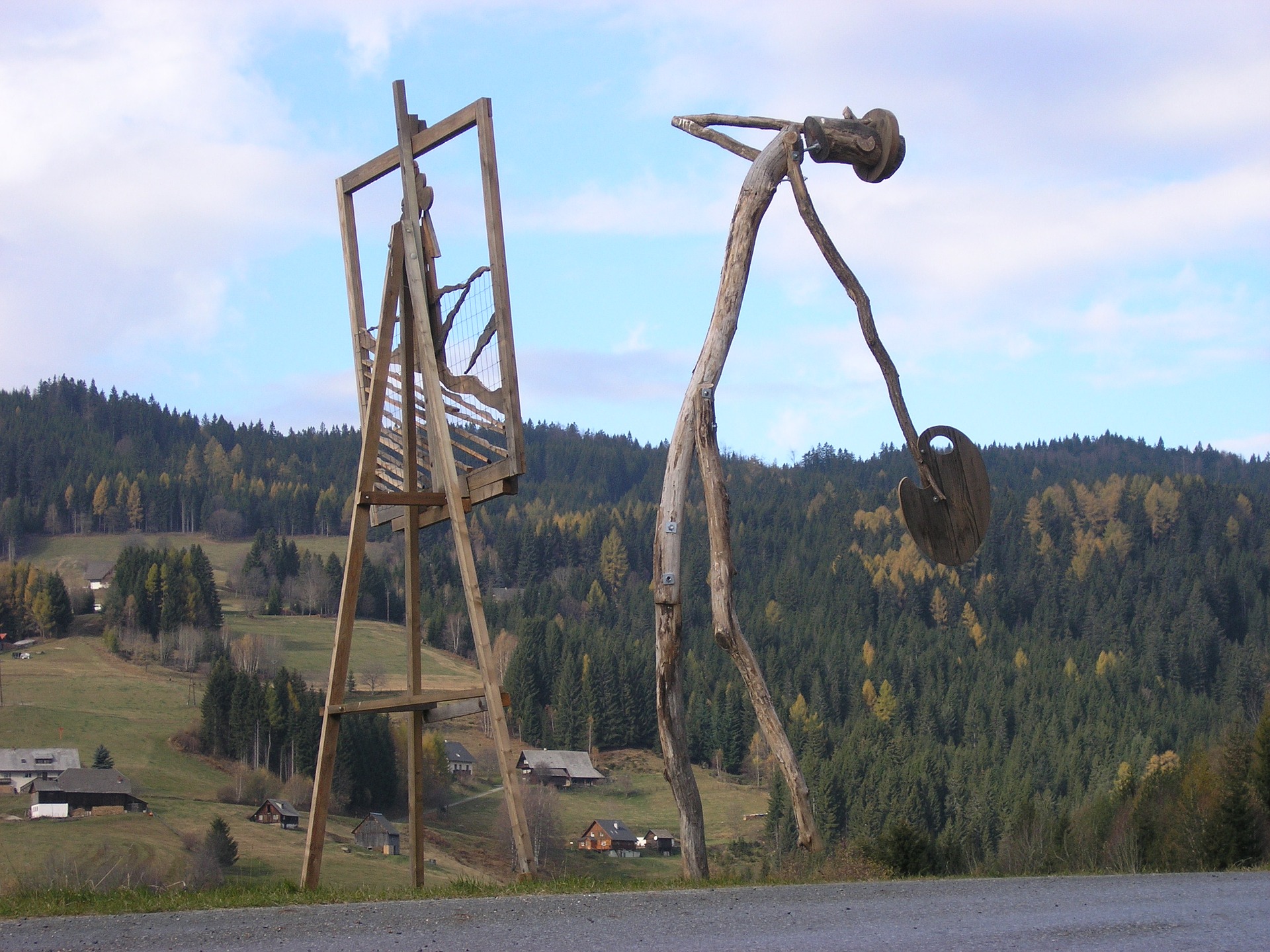 Art and Culture in Europe - part 8

I) Introduction
The word culture in its broadest sense is used refers to all the ways of thinking and behaving that are passed down from one generation to the next and are not biological. In that sense, the making and usage of stone tools for weapons for hunting is a form of culture, and animals like chimpanzees, who manipulate simple tools such as sticks to gather up termites and leaves to soak water, can also be said to have culture.

Both art and culture in Europe can thus be said to have a history that goes back at least to the prehistoric era, when Paleolithic hunters painted pictures on the walls of their caves and carved figures of animals and goddesses out of stone, reindeer antlers, wood and other materials that they found in their natural environments. Archeologists do not know what the original purpose of the cave paintings was.

Originally, it was thought they served some sort of magical purpose, such as to ensure a successful hunt of the animals depicted; however, the relative frequency with which the animals are painted—those that the artists did not hunt are actually much more common in cave art than those that they did—would tend to argue against that theory. It should be noted, too, that prehistoric cave art.
The rest of this article, the word culture will be used in a much narrower sense. It will thus refer only to the arts of civilized people on the content. The various stages of art and culture in Europe will be discussed in each of the succeeding sections.

II) The Helladic period
Art and culture in Europe were late in coming compared to the rest of the civilized world. While complex civilizations were flourishing in ancient Sumer, Akkad and Egypt during the third millennium B.C.E., the continent of Europe was still in the prehistoric era. The earliest writings in Europe are the Linear A inscriptions that have been found in Crete, which date as far back as 1800 B.C.E. This script has been only partially deciphered, but it is certainly not Greek, though its descendant on the mainland, Linear B, which began to be used by the Mycenean civilization around 1450 B.C.E., was proved to be an early form of that language in 1953 by the English linguist Michael Ventris.

His discovery proved that the Greeks were descended from the Mycenæan peoples and not by those who invaded the country during the succeeding years. Many highly-developed works were created on Crete, the Cyclades Islands and the mainland during this period, which is called the Helladic Era in that part of the world. These include the palace of Cnossus on Crete and the Lion Gate at Mycenæ. The former was decorated by many beautiful frescoes, including the painting of dolphins that adorned the walls of the queen’s private chambers.

The latter is the only example of monumental sculpture from Mycenæ that has survived to the present day; it marks the entrance to the citadel. Many of these works of art had religious significance. For example, there is a reconstructed painting of a Cretan princess making an offering to one of the many gods worshiped by the people of the island. Also noteworthy is the so-called toreador fresco, which depicts a man performing the highly dangerous feat of leaping over the back of a bull, which was sacred to the Cretans. The Greeks would later tell the story of how their hero Theseus slew the Minotaur to which parents had been forced to sacrifice their children.

III) Greece and Rome
After about 1100 B.C.E., the great Helladic civilizations came to a sudden halt. For some four or five hundred years thereafter, Greece experienced its Dark Ages. Few or no written records from this period of Greek history survive. Then writing was reintroduced into Greece from Phenicia, and the classical age of Greece, and subsequently of Rome, began. The Iliad and the Odyssey are the oldest surviving Greek poems, and they provided the material for many later works of Greek and Latin literature, including the plays of Æschylus, Sophocles, Euripides and Seneca, and the Æneid of Virgil.
The Greeks and Romans also created works of visual art that range from humble vase paintings to the magnificent frescoes and mosaics that adorned the walls and floors of the houses of wealthy people. Some of these paintings are of mythological events, while others show nature scenes. The Romans developed the arch, which was a breakthrough in architecture.

The windmill of Galaxidi (Γαλαξίδι), Greece. Modern Galaxidi is built on the site of ancient Haleion, a city of western Locris. Traces of habitation are discernible since prehistoric times with a peak in the Early Helladic Period (Anemokambi, Pelekaris, Kefalari, islet of Apsifia). A significant Mycenaean settlement has been located at Villa; the hill of St. Athanasios also revealed a fortified Geometric settlement (ca. 700 BC). In the Archaic and Classical periods (7th-4th centuries BC) was developed the administrative and religious centre at the modern site of Agios Vlasis. It seems that in ca. 300 BC the present site was settled and surrounded by a fortification wall; it is the period of the expansion of power of the Aetolian League. Haleion flourished throughout the Hellenistic and Roman periods until the 2nd century AD.

IV) The Dark Ages and the Medieval period
When the West Roman Empire fell in 476 B.C.E., the areas that had once formed part thereof were plunged into the Dark Ages, which lasted until about 1000 C.E. Literacy ceased, as did the high arts. The East Roman Empire, however, continued to thrive, and it was here that the earliest Christian arts were created. The Hagia Sophia was built from 532 to 537; it is probably the most famous church of the Byzantine era.  Over the course of the next few centuries, Christianity, and with-it literacy, found their way all over Europe, and the foundations for the modern European nation-states were laid.

A new era of art and culture in Europe had begun. From about 1000 to 1200, the Romanesque style dominated European architecture; it was characterized by walls with only a few small openings, square buttresses and semicircular arches supported by piers. Romanesque architecture soon gave way to the Gothic style, whose notable characteristics included pointed arches and flying buttresses. Many Christian epics were also written during this period, most notably the French Chanson de Roland, the Spanish Canción del Mío Cid and the German Nibelungenlied. Most medieval paintings are of religious subjects.

V) The Renaissance
Beginning about 1300 in Italy, the classical arts and civilizations of Greece and Rome were rediscovered in Europe. A new generation of authors, eager to imitate their cultured forebears, began looking to mythology when creating poems and plays; Geoffrey Chaucer did so with his Troilus and Criseyde and wrote his Canterbury Tales. More than a hundred years later, Shakespeare, the greatest writer the world has ever known, arrived on the scene.

A documentary about a period that change the World with new artists, inventions and more things: the Renaissance.

Video: History of the Renaissance