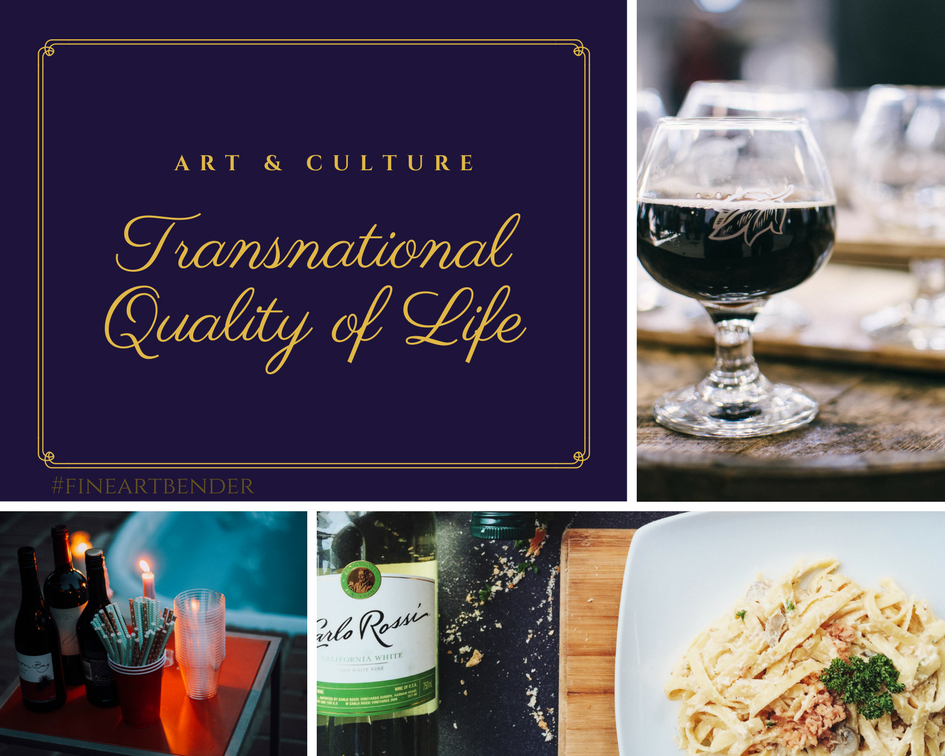 Throughout the world, we receive daily reports of millions of refugees, how bad political dictators treat their citizens, propaganda of religious fundamentalists about violence, crime, women's abuse, honor-related violence, etc.

Has the state of our civilization once again reached a limit? Or have we already chosen to accept it this time too? Perhaps it's time for the world to discover that humanity actually has something in common. Something that unites more, - than separates us.

Or, are we so tired of all the misery we suffer from; directly, indirectly and/or through the media, that we can not lift our eyes, - or head? Or do we not see the forest because of all the trees. The "newsteric" media, a Pandemic in itself. They prioritizes and seems to believe that the viewers and readers want this, and if they continue on the same track, people will (as media) understand that the world will change the more misery they publish. How naive can it be!

We cannot solve our problems with the same thinking we used when we created them.
Albert Einstein

Media focusing on, and repeat the same thing every day, over and over and over again, and believe, yes they believe, that the world will change and be different. It seems that the media does not understand what they are contributing to and how much they affect the viewers and readers negatively. Media contributes to creating a "reality perception" as "just" is a part of the world, not the entire world itself.

Only two things are infinite, the universe and human stupidity,
and I'm not sure about the former.
Albert Einstein

What remains that can break the state - in our civilization?
Move the focus to what we want, not what we don´t want. "Art" can not only be, art is the carrier! Art brings together people in the world of art and cultures. Art is not just a national phenomenon, wherever the nation is situated. Art is international and transnational.

Art and culture indirectly connect the world today, but for some incomprehensible and impenetrable reason, there is silence, an active passive silence. Why is the art and culture world so quiet and inactive. Art, which carries a cross-border quality of life for all. The art itself, carries in deeper and further qualities than just objects. Art is more than art, that´s the point. Probably the only social phenomenon that has this power.

That's why I think art passes all national borders, all political and religious lies.
Where are all of world artists, cultural workers, all who represents all genres of art? Wherever you live in the world; Painters, sculptors, performance artists, architects, photographers, writers, musicians, dancers etc. etc. etc.

What common actions do you suggest we can do?

Our Civilization - Transnational Quality of Life
Our civilization exists because we are different people. We are different as individuals, ethnic groups, political views and religious philosophy of life. Each individual, country and culture, has different historical stories. Since the beginning of time, this focus on "inequality" has resulted in misunderstandings, conflicts and war and is still ongoing today. Why? Throughout human history, we have considered "being different" is something negative. Therefore, the world looks like it does today.

But, as Albert Einstein said, "We can not solve our problems with the same thinking we used when we created them."

If it is negative that "all other" people, countries and cultures are different, it automatically means that our own personal difference and inequality in relation to other people is something negative, and we certainly do not want to hear that.

For some strange reason, we are encouraged to strive for everyone to be as equal to other people as possible, -Why! As much as possible as individuals, within a country, between countries and between cultures, - Why!

The same is true in personal relationships, in marriages and wherever we are. The mantra is "alike". Or, you are celebrating your own differences as the only valid and reliable, and other differences are worthless. This quest for "resemblance" is what causes all misery; in that case it means; "If you're not like me, you're less worth, if I'm not like you, I'm less worth!"

Because every single human being is unique, the world would most likely look different if we start thinking and acting in the opposite direction,

"The great thing in our world is that there are differences between people, countries and cultures, the greatest is, when we, individuals, politicians and religious leaders, begin to respect these differences, then it will fertilize our entire civilization - positive."
So, Go for it today!

What do you suggest? Let us know your ideas!

How can we use art & culture to come together over the world. How can we start focusing on what we want, (not what we don´t want) what civilization do you want etc. Would a GIANT World Wide Network be an idea?
Not only me, but the world would appreciate your comments. Share it!

What Other Visitors Have Said

Click below to see contributions from other visitors to this page...

Being part of a country who owns a lot of different cultures, I learned that accepting differences can be the key. If we (I) can't embrace the differences …

An Art of Unity

Art and Culture do come together. This is Unity. Many civilization used art to show their culture. This is also what I want to do. An art that represent …

A World I can be

I want an Art that truly represents who I am. I am the boss, I am the author, I am what I am.

slashing funding for arts, sports and humanities has never been a healthy sign. i believe every human is born with something to contribute to humanity. …

History and Modern Art and Culture

Art and culture are interdependent on people. Different people from different places have different prospective in life. One culture can be influenced …

Art Do Connect Us Indirectly

I believe that what you said about art is true. Art do connect us indirectly. It is silent and peacefully tells us about our own personal thoughts, our …

Einstein is an artist

Say what you want about Einstein, he may be the greatest scientist of all time, but he is definitely an artist as well. Only an artist could unravel the …

Culture is life. Life comes first but culture makes life just more interesting and civilized. Most civilizations before BC became stronger and powerful …

This is more crucial now more than ever!

With so many arts programs being cut out of schools, this is more crucial now more than ever. Art is so vitally important to life, and without young people …

I love how you include this relevant quotation. Just like any other,our world particularly our culture continue to grow. And as time pass, we all have …

Every nation's art and culture is unique and it promotes equality, thus, equality should be the bond between nations. No to discrimination, embrace all …

Art and culture defines a nation

While all other nations have their own culture, this doesn't separate us from each other rather it connects us with one another. Differences is what makes …

Our culture might have stumbled upon a creative block, our art today seems mostly empty. In my opinion artists need to go beyond our culture in order to …

Art is always free, you are free to do whatever you wang with the art you are trying to make. No one should tell you, your art is wrong or you should not …

What Einstein said was right. Most people will only talk about the injustice in the world, but will not try to do anything to stop it. It is a cancer to …

This article has express some of my concerns about how human beings are living in the world. Art and culture does not only affect but create people's personalities …

Art is indeed transnational and it does not have boundaries. It brings people together irrespective of the cultural differences. By having a giant network …

Art is already doing it. It's just slow because that is the nature of change. This post is itself an example. Thanks for the post.

I see alot of gender difference. probably not going to change i feel like and i dont really know how art itselfs would help that. but there was a picture …

Have a place where you can have writable walls and people can write 1 or 2 sentences of to start off a creative story. Then the next person that comes …

We, the human clan, are bounded by rules and regulations in every step. Openness is something elusive here. Art and culture could be the opening for mind …

I love art so much as it scopes about everything. I agree that it passes all national borders. It's really about art appreciation.

I like your thoughts. I agree that art is truly Transnational. It crosses all barriers and is something that everyone can appreciate regardless of race, …

Our task must be to free ourselves by widening our circle of compassion to embrace all living creatures and the whole of nature and its beauty.
Albert Einstein

The value of a man should be seen in what he gives and not in what he is able to receive.
Albert Einstein

A person who never made a mistake
never tried anything new.
Albert Einstein

Without deep reflection one knows from daily life
that one exists for other people.
Albert Einstein

I think and think for months and years.
Ninety-nine times, the conclusion is false.
The hundredth time I am right.
Albert Einstein

The most beautiful thing we can experience
is the mysterious.
It is the source of all true art and science.
Albert Einstein

Nationalism is an infantile disease.
It is the measles of mankind.
Albert Einstein

The environment is everything
that isn't me.
Albert Einstein