Fine Art Videos From Around The World

“Living Abstraction” is the title of a huge retrospective on the work and life of Swiss artist Sophie Taeuber-Arp (1889-1943). The show, produced in cooperation with the Museum of Modern Art, New York, and Tate, London, lets the visitor experience the evolution of Sophie Taeuber-Arp's oeuvre from her beginnings in applied art to the architecture-related projects and abstract paintings. On display are her textile pieces such as pillows and tablecloths, bead works, a puppet theater, costumes, murals, furniture, architecture, graphic designs, paintings, drawings, sculptures, and reliefs.

STIK is an anonymous British street artist whose work depicts vulnerability in the urban landscape. He is known around the world for his stick figures, they are a conscious six-line figure with two dots for the eyes. STIK works on paper, in canvas, in 3D sculptures or murals, and of course in prints. Sotheby's upcoming sale Prints & Multiples ( 9 - 17 March | 2021 ) offers an incredible selection of STIK's most loved and rare editions. Beggar dates from the beginnings of STIK's career as a gallery artist, also on offer is ONBU made in collaboration with Japan’s oldest woodblock print maker, the Adachi Institute. The sale also features impressions of one of STIK's most famous and recognizable murals Sleeping Baby. This is the largest collection of STIK's prints ever to come up for sale at auction.

Ahead of a dedicated online sale, the acclaimed Ivorian artist discusses the ideas behind his distinctive work and its links to the African street children who find escape through graffiti. A painter and craftsman, the Cote d'Ivoire-born artist Aboudia speaks with us about his creative process (many of his works incorporate materials found in Abidjan and NYC) and the importance of including children in his art. ‘It’s possible to grow up on the street and become someone.' — Aboudia

Renowned Italian collector Enea Righi discusses his extensive collection of contemporary art, built up over 35 years and comprising over 1,000 works. The collection tells the story of art from the 1960s to the present day, representing Enea Righi’s true vision that has never been swayed by market trends.

Arguably the greatest master of the Dutch Golden Age, Rembrandt is famed for several types of works: his monumental history paintings, his self-portraits and, as beautifully exemplified by the transcendent Abraham and the Angels, his intimate biblical scenes. One of the artist’s most well-documented pictures, it has not been seen at auction for more than a century and a half. Abraham and the Angels is a highlight of Master Paintings & Sculpture Part I (28 January 2021, New York)

Video: A Transcendent Painting by Rembrandt: The Master of the Dutch Golden Age

The Morgan Library & Museum
Join Christine Nelson, Drue Heinz Curator of Literary and Historical Manuscripts, for a fresh look at Anne Brontë (1820–1849), bold author and truth-teller, through the artifacts she left behind. After Brontë published a pseudonymous novel featuring graphic depictions of addiction and domestic abuse, one reviewer accused the author of harboring “a morbid love for the coarse, not to say the brutal.” She issued a written retort: “If I can gain the public ear at all, I would rather whisper a few wholesome truths therein than much soft nonsense.” With highlights from the Morgan’s collection of Brontëana, one of the finest in the world, this presentation complements the current bicentenary installation in the Rotunda of J. Pierpont Morgan’s Library.

In this video we have a closer look at the exhibition “Wagnis der Öffentlichkeit” (Venture Into the Public Realm), a group Show at Halle für Kunst in Lüneburg (Germany). At Art Cologne 2020 Halle für Kunst was awarded the ADKV-Prize for Art Associations. In a previous episdode we did an interview with Stefanie Kleefeld (Director, Halle für Kunst Lüneburg), in which she also talks about this group exhibition:

Head of Sale Rebecca Tooby-Desmond takes us on an exclusive tour of the London Editions sale with works spanning 500 years from Albrecht Dürer to Grayson Perry. Other highlights include works by Gerhard Richter, Peter Doig and Louise Bourgeouis.

Hester Diamond was a fearless and visionary collector whose inquisitive nature and bold, distinct point of view is evident throughout her collection. It is in the expressive paintings and sculpture in her apartment, the electric colors of her furniture and the mesmerizing patterns of the textiles she chose. In this video, celebrate Hester Diamond's remarkable life and collection with those closest to her – her sons Michael and David Diamond, her stepdaughter Rachel Kaminsky, Collector Jon Landau, Metropolitan Museum of Art Curator Keith Christiansen, and Sotheby’s Chairman George Wachter. The Collection of Hester Diamond Part I and II will be on offer throughout Masters Week (22-29 January 2021, New York).

Video: Hester Diamond: The Life of a Fearless and Visionary Collector

Viebahn Fine Arts received the award for the best stand design at Cologne Fine Art & Design 2019. The art dealer from Worpswede (Germany) specializes in exquisite handicrafts, museum furniture, masterpieces of watchmaking and European sculptures, especially classicism. The film takes you to the company’s headquarters, where Nils Viebahn tells you about the goals of his company and why his work gives him and his team new impulses again and again.

The ArtTour International TV Show features art events, artists and awe-inspiring locations around the world. EPISODE ONE: Our first episode of the ArtTour International TV Show is coming up Thursday June 22! Follow the team of ArtTour International Magazine as we travel to Ferrara, Italy and show you the Este Castle a magnificent medieval fortress in the city center of Ferrara, with a wonderful re-enactment of the medieval dances, showing at end the delicious food you can eat in this location of Italy. We also have an exclusive interview with New York artist Leroi Johnson and his “Electric Primitive” works and a selection of artists in different corners of the world sharing their art and messages of inspiration with the audience.

“’Auvers is very beautiful, really profoundly beautiful” wrote Vincent van Gogh to his brother Theo, and his stay there in the final days of his life proved to be enormously productive. In his seventy days in Auvers, van Gogh would paint seventy or so canvases, including the masterwork Fleurs dans un verre. Intricately rendered, this vibrant canvas represents one of the few still life paintings executed during this period and will be a highlight of Sotheby’s Impressionist and Modern Art Evening Sale in New York.

Video: A Dazzling Still Life from the Final Days of Van Gogh


In this episode of Expert Voices, Michael Macaulay explores the origins of two monumental works by titans of abstraction ¬– Brice Marden and Clyfford Still. From the Baltimore Museum of Art, these museum-quality artworks are masterpieces of their respective eras. Still’s 1957-G and Marden’s 3 are highlights of the Contemporary Art Evening auction (28 October 2020, New York).

Video: Brice Marden and Clyfford Still Spell Out the Story of American Abstraction

Discover the exceptional luminosity and rhythmic power of Pierre Soulages’ masterpiece. On an off-white background, large bands of black and Prussian blue create a right-angled structure that sweep across the surface. 'Soulages never paints from his head with something already in mind, but rather responds to the paint in front of him', explains Paul Nyzam, Post-War and Contemporary Art specialist in Paris. This important, radical work by France’s greatest living painter, produced at a key moment in his career, is offered in the Paris Avant-garde sale on 22 October

Video: Seeking Immortality: Behind the Scenes of the Installation

Mirage Gstaad is an artwork in the Swiss Alps that was installed in 2019 as part of the exhibition Elevation 1049: Frequencies. Created by the Los Angeles-based artist Doug Aitken, Mirage Gstaad is a house that is covered entirely in mirrors, thus reflecting and interacting with the mountain landscape over the changing seasons. Mirage Gstaad is the third iteration of Doug Aitken’s “Mirage”, different versions have been installed in both the desert in Palm Springs and a former bank in Detroit. Mirage Gstaad is located between Gruben and Schönried. The sculpture is open until January 2021, admission is free.

The group show “Summer of Suspense / Sommer des Zögerns” at Kunsthalle Zurich is a quite unusual exhibition, born out of the Corona virus crisis. The show is an experiment – as most days, of late, have been – in alternative forms of getting together. 42 local artists slowly develop a show that accumulates over seven weeks. Three days a week (Tuesday, Thursday, Saturday) two artists come to Kunsthalle Zürich to install, perform or present a work, with a toast at 6 p.m. for those who stop by. After seven weeks, all 42 works stay on view from the 12 July until the 30th of August, around which time a new season and sentiment might be afoot. The exhibition has been curated by Daniel Baumann and Matthew Hanson.

This enigmatic short film presents fifty Egyptian funerary portraits from the region of Fayum. Painted during Roman rule between 100 and 300 A.D., these striking, psychological works were executed in encaustic while their subjects were alive and later used to cover their faces after mummification. Narration includes excerpts from late Hellenistic texts including religious works and first-hand accounts from the dwellers of Fayum themselves, along with commentary from the art historian Richard Brilliant. A film by Andrea Simon and Bob Rosen, with music by Meredith Monk.

Video: The Fayum Portraits: Funerary Painting of Roman Egypt, 1988 | From the Vaults

Cool, gestural and precise, Roy Lichtenstein’s White Brushstroke, I from 1965, captures the very best qualities of Pop art. At once reverential to Abstract Expressionism and Minimalism, Lichtenstein boldly took a painter’s most simple movement and uses it to collapse high and low art, bringing Pop art to center stage. Join specialist David Galperin for an depth look at White Brushstroke, I, coming to the Contemporary Art Evening auction on 29 June.

Video: In One Brushstroke, Lichtenstein Tells the Story of Pop Art

In episode four of our series exploring the power of art, Sotheby’s Chairman Mario Tavella enjoys a virtual catch-up with Dr Tristram Hunt, Director of London’s V&A. Discover how the V&A is engaging audiences and the exciting future plans including V&A East, Museum of Childhood, and inspiring the next generations.

An introduction to Futurism, the dynamic movement that revolutionised Italian art at the beginning of the twentieth century. Obsessed with speed, the Futurists created art that captured the dawning of a new age. Also included is a closer look at Umberto Boccioni a founding member of the group, who died tragically young during the First World War. An extract from the Christie’s Education online course, Modern Art.

In the 1960s, while America was being wowed by Pop art, Europe had its own answer to bringing life and art closer together. In this episode of Expert Voices, learn about Nouveau Réalism - a groundbreaking movement in which artists created radical and rebellious sculptures and paintings in protest against the rise of consumerism. Our upcoming Art Contemporain Day Sale (24 June | Paris) features an exceptional private European collection of historical New Realist art, including works by Niki de Saint Phalle, Arman, Daniel Spoerri, Mimmo Rotella and Christo and Jean-Claude.

Back from ArtVideos to
Index or Site Map

The picture that we have of ourselves - will always determine how we respond to life. 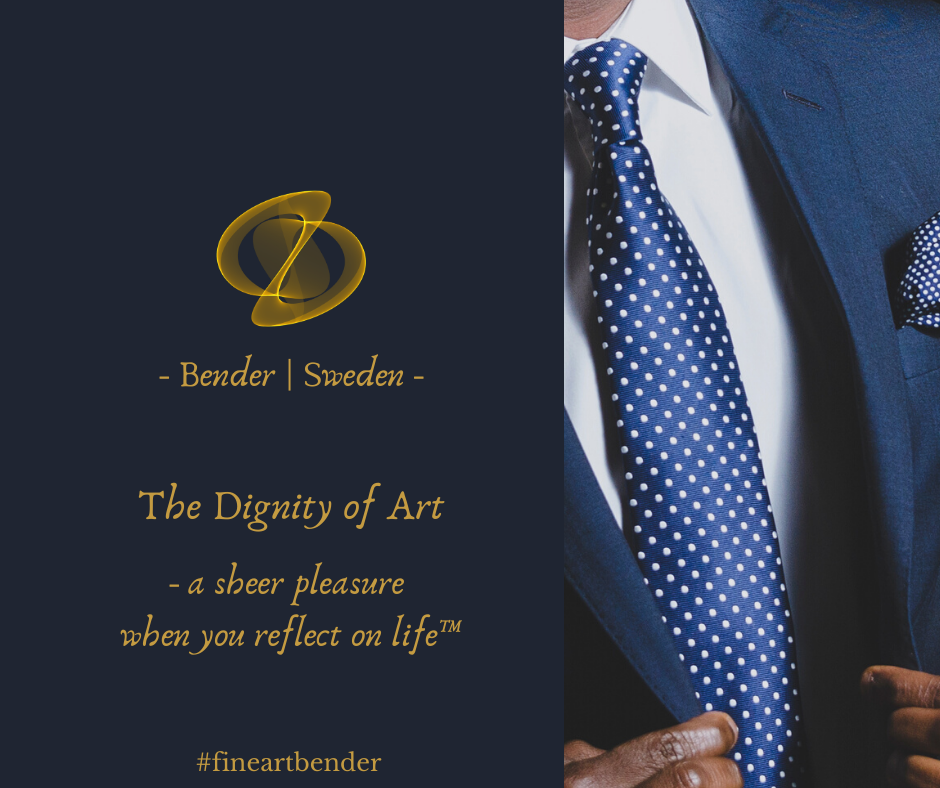