Art and Culture in Europe - Part 2 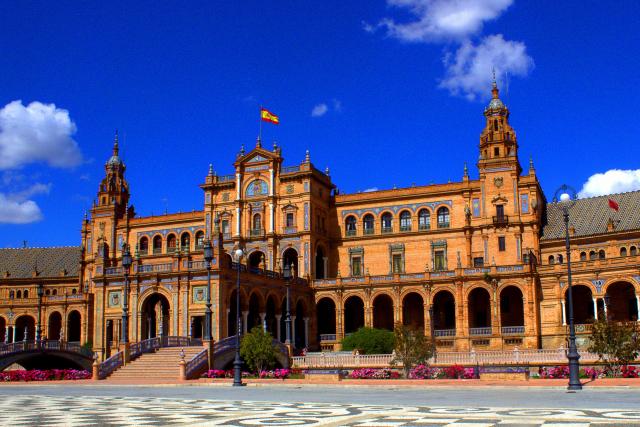 Art and Culture in Europe Part 2

After renaissance, European art changed drastically. This to many is what is termed as modern art. Following the birth of neoclassicism, people developed a disdain for Rococo, especially hating its florid qualities. Artists in ancient Greece and Italy despised its frivolity and desired to go back to the simplicity of the prior arts. This is when neoclassicism was born. Throughout the 18th century, neoclassicism reigned with rich aristocrats increasing their fascination of the ancient ruins in Rome and Greece.

Romanticism
Romanticism is a period of art that came concurrently with classicism. This is because romanticism rejected all the ideals propagated by the former, and it stuck to giving art a more emotional approach. Romanticism gave a highly personal approach to art and insisted on the beauty of the natural world. It concentrated on personalized feelings as opposed to the generalized emotions portrayed by neoclassicism. The use of color and tones in romanticism was purely to portray different emotions.

However, there was a similarity between romanticism and neoclassicism in that both derived inspiration from Ancient Greek and roman mythology. Some romanticism artists include Eugene Delacroix and Francisco Goya. Realism At the beginning of the 19th century, things took a different turn. Life became harder and there was a lot of hard labor due to industrialization. Therefore, people resorted to a different form of art. Realism concentrated on the hardships that the poor people were going through and most of the scenes were made to portray this desperation.

Gustave Courbet and Jean-Franois Millet are an example of realist artists. Not only was realism an artistic movement, it was also literary. It was a portrayal of life as an urban wasteland of despair and poverty.

Impressionism
This form of art evolved from realism. The artists started using art in a scientific manner as they sought to introduce light into the art. Light was used in a way as to portray how it affected the human eye. Claude Monet and Pierre-Auguste Renoir were some of the famous impressionist movement. A direct outgrowth of impressionism was the post impressionism art that was propagated by artists like Paul Gauguin and Vincent van Gogh. Impressionists revolutionized color in painting. It also was famous for the use of light tones and movement in its paintings.

In this hour-long talk, Emily Beeny, assistant curator, Paintings, Art of Europe, tells the fascinating story of how the MFA came to possess one of the world's greatest, most beloved collections of Impressionist paintings.

Video: A Collection of Collections: Impressionism at the MFA, Boston

Modern art After impressionism;
Fauvism, the first form of modern art evolved. Fauvists painted in canvas and they used all kinds of bright colors and wild hues. They also gave rise to other forms of art like expressionism and abstract art. This is where there was a full-blown growth of modern art. They also developed cubism, which was a venture into the three-dimension art. Three dimensional images were translated into paintings on flat canvas without losing their essence. Traditional notions and ideas of art diminished and new ideas fueled on by industrial and technological development took hold.

Video: Paris in the Age of Revolution: There’s More to French Art than Impressionism

Postmodern art Modern art;
led to the development of more advanced forms of art. There are some forms of art such as pop art that are classified both as modern and postmodern art. This form of art emphasizes on irony, humor and parody. Modern art developed into the more ironical form of art that blurred the lined between the high and fine arts and the lo-end and mostly commercialized art. The concept of art was also widened and there were more media and materials used to make what can be termed as art.

Conceptual art;
also developed where the eye of the viewer is made to perceive the thought process through which the item was formed. Postmodern art was a great change from the modern art. This is because it took more of a relativity component. This means that today artists can express themselves in any way, going back to any period of art that inspires them and still make good art. However, it has been accused of decreasing in quality as compared to ancient art as one cannot put a line between low art and high fine arts.

Postmodern art
began in the 1960s and survives to date. It also encompasses many other fields of art and uses more materials and of course is more technologically advanced.

The fall of the Berlin Wall and the social and political transformations that followed, from Bucharest to Prague to Moscow, marked a significant moment when artists were able to publicly reassess their histories and to question the opposition between East and West that defined the Cold War era.

Surreal art;
This was well propagated by the painter Joan Miro, who called for the murder of art. These artists have contempt for conventional painting and were more focused on other ways of artistic expression. This was just one of the anti-traditional art movements for others like Dada and conceptual art have developed. Arguably, surrealism is not a finished artistic era, rather it is an ongoing idea. The patrons also termed it as a non-artistic movement.

This documentary examines the work of the leading exponents of Dada and Surrealism, from the First World War through the 1920s and 1930s.

Video: Dada and Surrealism: Europe After the Rain documentary (1978)

Art nouveau
More pronounced in Europe, art nouveau quickly spread to the rest of the world. This made it more appealing and it is considered to have been an important transition from the historicism of neoclassicism and into modern art. It was the form of art that was practiced between 1890 and 1910. Various artists were credited with its beginning but the first art nouveau work was Alphonse Mucha in his poster meant for a French play. At one point, art nouveau was even referred to as Style Mucha.

Jugendstil ( is the German name for Art Nouveau ) ,between 1890-1914 was populair in various country's in Europe ...a facinating and bizarre style in architecture furniture jewelery glass and pottery

They have been recognized worldwide as contributing to cultural heritage and art nouveau monuments have been formally recognized by UNESCO. The current form of art, post modernism, is not defined by any style. It is mainly about freedom of expression and supports more abstract forms of art. It is more advanced in terms of materials and technology. Photography and print media have also been defined as forms of art and so have many other modern styles of artistic expression.