Art and Culture in Europe - part 3 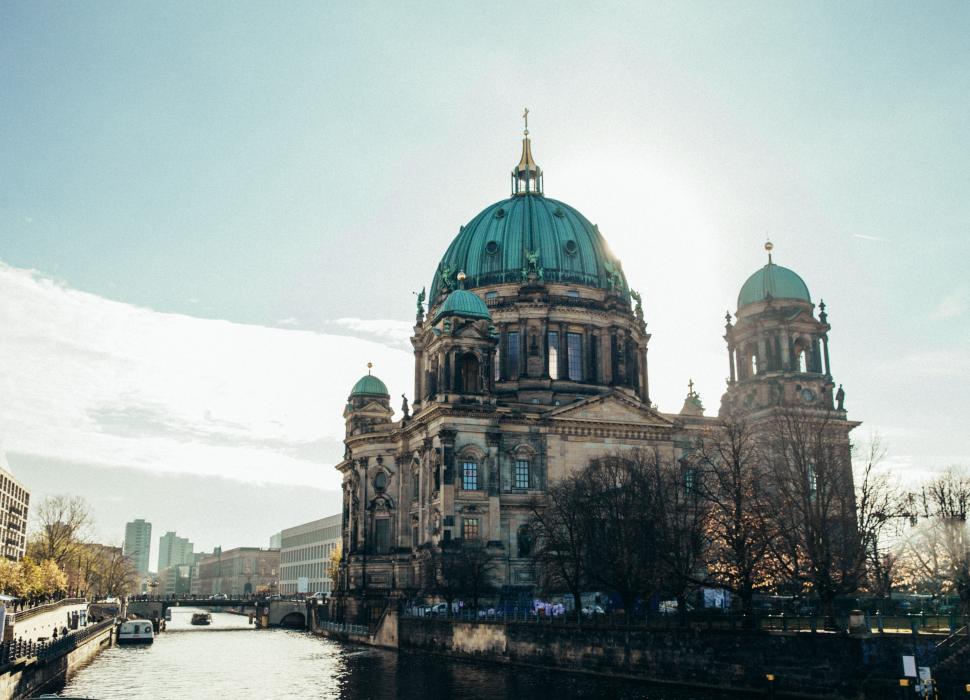 Art and Culture in Europe - part 3

European Art Culture is a form of culture, but culture is a wider and more diverse entity. European culture has been defined as geographically distinct, with each region having their own kind of culture. This may be termed as Catholicism, Orthodoxy, Protestantism, Judaism or Islam. Each of these cultures influences other forms of culture such as art, music, literature and architecture. As such, there have been perceived cultural fault lines dividing Europe.

However, there is a common convention about the origin of European culture. Ancient aboriginal European culture from the Greek and the Romans was strengthened by Christianity and then the rest of the continent adopted it in one form or another. European culture has evolved greatly and has been driven along by many things. Important points in history such as the renaissance revolutionized and reformed the culture. So did reformation. There were numerous experiments too that greatly influenced European culture and art, and these include enlightenment, romanticism, democracy, communism, socialism and fascism, among others.

Written language, the hallmark of human civilization, didn't just suddenly appear one day. Thousands of years before the first fully developed writing systems, our ancestors scrawled geometric signs across the walls of the caves they sheltered in. Paleoanthropologist and rock art researcher Genevieve von Petzinger has studied and codified these ancient markings in caves across Europe. The uniformity of her findings suggest that graphic communication, and the ability to preserve and transmit messages beyond a single moment in time, may be much older than we think.

All these factors in one way or the other contributed to the growth of the European art and culture to what it is in the present day. The major aspects of the European culture that can be discussed in depth include art, literature, science, religion, philosophy and cuisine.

Art
Art in the ancient European culture formed a pivotal role and everyone appreciated it. The oldest known painting is that done on the El Castillo caves in Spain. These cave paintings are more than 40,800 years old. Painting has undergone several stages from the original antiquity to the classical and representational art of the medieval age. This was in turn replaced by the abstract and expressional form of painting that became evident from the renaissance period onwards.

Video: European Paintings: From Leonardo to Rembrandt to Goya | U3Mx on edX | About Video

Painting has always been a crucial form of art from the ancient ages to the present. The oldest forms of sculptures are those of the female human form. However, sculptural art has developed a great deal with its main turning point being the renaissance where grotesque human forms with no definite shapes started appearing as sculptures.

Music
Another form of art worth mentioning in the European culture was music. Classical music gained popularity all over the world with artists like Beethoven, Mozart and Vivaldi gaining immortal fame for their pieces that got played all over the world. Most forms of modern music have however been imported from America and changed to its own genre. These include pop music, blues, jazz and rock. Some movements that were involved in the transformation of music include the British invasion, The new wave of British heavy metal and Brit Pop.

Beatles mania and the popularity of the group rolling stones were especially high points of musical culture revolution in Europe. Architecture The main kind of architecture that was present in ancient Europe was Neolithic architecture, which developed from Levant and spread to the rest of Europe. Mediterranean Neolithic architecture is evident in their temples and this spread to the rest of Europe where long structures made of wattle and daub were built. Much of these structures remain in Ireland.

Literature
Europe has been credited with the greatest writers of all time in both fictional and non-fictional nature. These artists include Giovanni Boccaccio, Carlo Goldoni, Luigi Pirandello, Rousseau, Gustave Flaubert, Alexander Pushkin, Nicolai Golgol, Leo Tolstoy, Dennis Diderot and many more. These literary works range from fictional works to sizzling poetic works and autobiographies. The literary works have gained popularity all over the world and they have attracted many scholars. Works of European writers and especially those of Shakespeare have gained immortal fame, which is a great feat considering that nobody even owns an authentic photograph or image of the world's most famous writer.

On October 2nd 2019 Ahdaf Soueif was presented the Princess Magriet Award for Culture for her writing, her activism and her initiation of the Palestine Festival of Literature.

Science
European culture cannot be discussed without mention of European scientists who made great inventions that brought civilization to the modern world. Isaac Newton, Charles Darwin, Robert Hooke, Albert Einstein, Johannes Kepler, Michael Faraday, Leonardo da Vinci, Galileo Galilei and many more of these scientists worked day and night to demystify science and to come up with unique innovations that no doubt made life in the present age simpler. Modern scientific studies and especially physics, chemistry and biological sciences are attributed to these scientists. Einstein is also credited as the greatest mathematician of all time.

Imagine you are living in Europe in the year 2030. What does your society look like, where do you live and what occupies your time?

Video: The Future of Europe is Science

Some of the scholars like Sigmund Freud also dealt with the human kind and their studies became the basis for psychology and social studies. Religion Most of European countries contain one form of religion or the other, with Christianity being most predominant. Christianity occurs in mainly Protestantism, Catholicism and orthodoxy. Some countries and especially turkey, Herzegovina, Kosovo, Albania and some parts of Ukraine practice Islam. There is also widespread Judaism in Russia, The United Kingdom and France.

Cuisine
European cuisine is famous all over the world and especially French cuisine. Most of the European and western cuisine is more unique as compared to Asian cuisine. This is because most contains substantial amount of meat and especially steak, which is a staple in all these cuisines. Sauces are also part of the main dish mainly because food was cooked in huge chunks which could not be penetrated by condiments and seasonings. This made the presence of sauces as accompaniments to these dishes necessary. Wheat flour products were the main staple in these dishes, with pasta and dumplings supplementing it until the European colonization of America. This introduced a new kind of staple, potatoes.

This month, Talking Europe takes a closer look at just what goes into European food – and asks whether Europe’s tight regulations are working, given the Fipronil egg scandal, as well as the controversial debate over the use of glyphosate herbicide. In Portugal, we visit farms and one of Lisbon’s best dining experiences with Isabel Berger, a food-traceability expert, to discuss why consumers can be confident about the quality of their food.

Video: Europeans and their food: World-beaters in tradition and traceability?

Clothing and fashion
are also a great part of the European culture. Couture fashion found its origin in France and other European countries and is famous all over the world. European designers like Yves Saint Laurent and Giorgio Armani have made a name for themselves all over the world. The European culture is as diverse as it is fascinating. European art and culture is wide and has a lot of components that cannot be sufficiently discussed in one article. This is because there are lots of players and it has many categories, probably as many as there are countries in Europe.