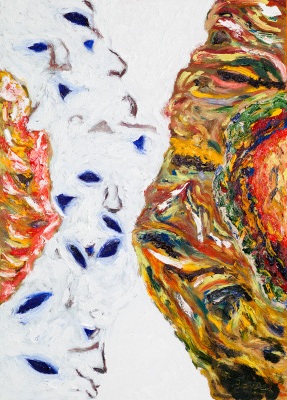 is that about tolerance - intolerance?

Should the right to immigrate be controlled?

Is it only reserved for the impoverished and conflicted?

Who defines the parameters of approving or denying a person’s desire to immigrate?

Is it a political issue dabbling in morality.

Is it the good country versus the bad country.

What if, for every person who wanted to immigrate,

a person from the host country, immigrated to the immigrant’s country.

Would this change the debates, the rules, and the right to immigrate?

Would migration even be an issue?

A conglomeration of ideas,

Some we migrate to

While others, we cast aside.

If this were a rule of the future

would immigration stop, or

How would they know?

How would we know?

How does your reflection sound?

Have A Great Story About This Topic?

Positioning
The voice of man, deeply grounded
in the inner universe of dignity.

Your Dose of News

Migration: Worsening conditions for migrants and refugees across Europe
EU News
At the same time, the European Commission's new Migration and Asylum Pact kicks off new discussions about the future EU migration and asylum ...

10-year-old girl stuck in Middle East due to immigration delay to reunite with family in San Francisco
KGO-TV
says Amir Naim, an immigration attorney with the San Francisco Bay Area chapter of the Council on American Islamic Relations, or CAIR. He is one of ...

The Great Migration Clash
Inter Press Service
The populations with the largest percentages wanting to emigrate are ... increasingly important, potential migrants are convinced that emigration will ...

A Brief, Cautionary, History of Japan-US Immigration
The Diplomat
But it was precisely the Japanese requirement that its emigrants return home — defining them as contract laborers, not U.S. immigrants — that put this ...

Why Canada still needs immigrants despite soaring unemployment
Financial Post
As the coronavirus pandemic raged across the country in March, Marco Mendicino, the federal minister of Immigration, Refugees and Citizenship, ...

Strong action against illegal agencies sending immigrants abroad: MoS MEA
Times of India
Speaking at the 3rd Annual Conference of Protectors of Emigrants in New Delhi, he expressed concern over the plight of immigrants falling prey to the ...

In the Black Lives Matter movement, immigrants find themselves in a tough position
CNN
Jennifer Scheurle, a German immigrant living in Bellevue on a work visa, says she has always been a politically engaged person, especially having ...